Register as a new user

Last Friday evening, Libiamo welcomed guests to our first Virtual Wine Tasting event.  Each of the guests received 3 wines in the post before and then joined a Zoom meeting at 7 pm to begin a structured tasting through the wines with UK based wine writer Mike Turner. The time of the tasting was only meant to be one hour, but when the conversation starts and the wine starts flowing, you can’t be held to these rules!
All of the guests were encouraged to stay off mute and to engage in a conversational evening, to replicate the feeling of being around the table together, sharing a bottle, as we all wish can happen again very soon. We’d love to thank all our guests for being so open and talkative, it really is all about you guys and what you want to know about these wines in particular and Italian wines in general. Thank you all for making it such a fun evening and we can’t wait to see you again soon.

For those of you who weren’t able to make it, here’s a rundown of the three wines we tasted on the night… 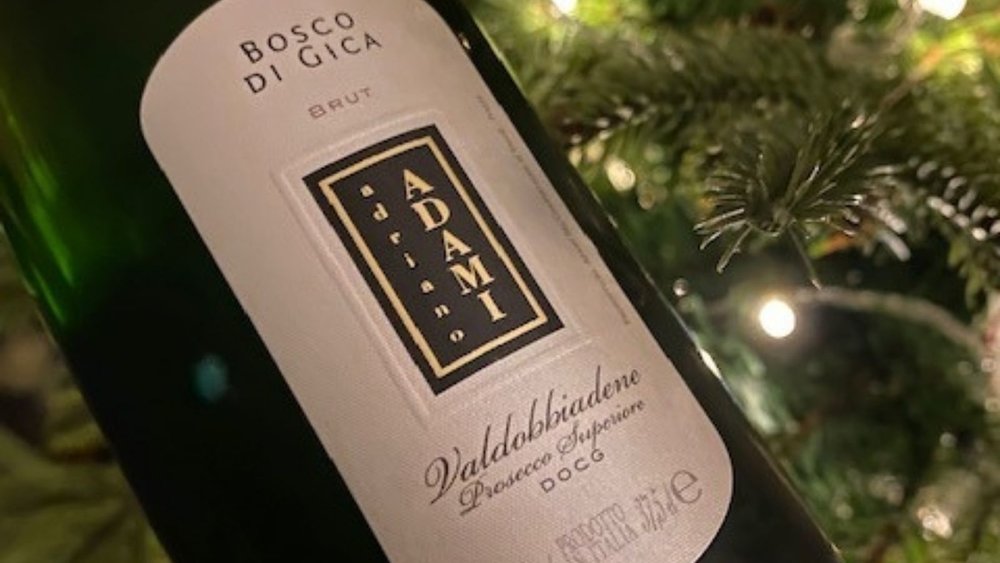 The Prosecco juggernaut in the UK of the past two decades has been nothing short of staggering. From just 5m bottles sold in the UK in 2003, to a mighty 120m bottles by 2017, the fame of these bubbles form North-Eastern Italy took everyone by surprise, the winemakers of Prosecco included. The increase in demand, however, saw vineyards planted in less favourable sites and less scrupulous producers become involved in the “rack ’em and stack ‘em” race to the bottom. This has culminated in the view of Prosecco as a cheap, mass-produced sparkling wine. The real heartland of Prosecco, however, is a long way from that scenario.

The twin towns of Conegliano and Valdobbiadene make up the main DOCG, or defined region, of Prosecco. The ridgeback of steep slopes in between the Venetian gulf and the Dolomite mountains provide a unique patchwork of terroir, with a fresh and breezy climate, allowed the Glera grape to reach its optimum ripeness, freshness, and mineral bite.
Adami is lucky enough to own vines in the famed Bosco Di Gica vineyard.  This old wood was cleared in the 1500s (Bosco di Gica is literally the Gica Wood) and was planted with vines from the 16th century onwards. Now known locally as the Giardino Vineyard (the Garden Vineyard), it’s chalky, lean, and shallow soils make it one of the unofficial crus of Valdobbiadene, producing wines of great concentration and saline minerality. 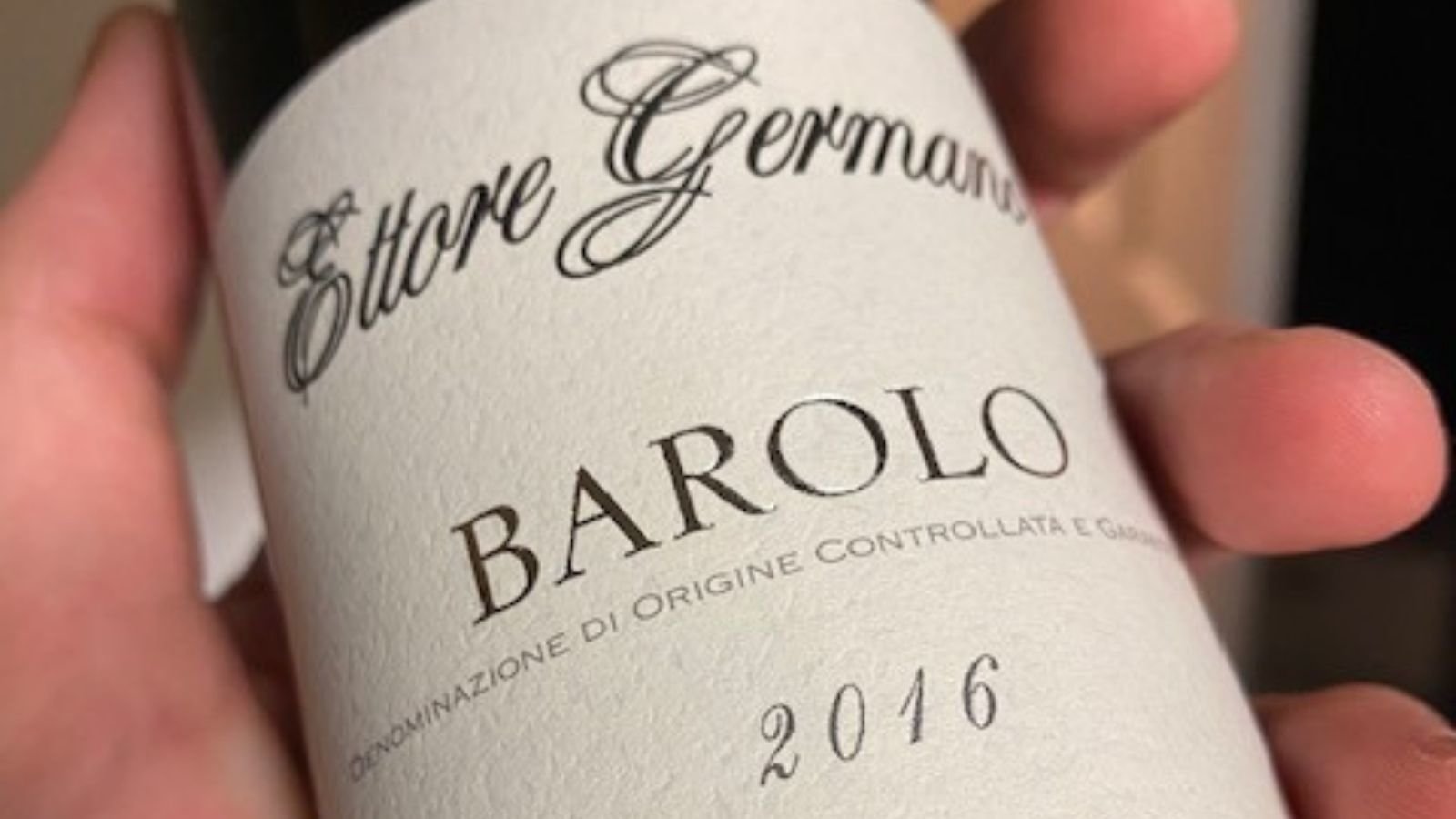 Barolo is the King of Wines and the Wine of Kings. It’s the biggest and boldest expression of the Nebbiolo grape that goes to make it, producing wines of light garnet color, red plums, licorice, and firm tannins, and lasting acidity.
Barolo is a collection of vineyards around five towns including the castled hilltop town of Barolo itself. This wine is from Serralunga D’Alba, whose poorer, less fertile soils give much more intense and structured wines.  In the past, this had led many to not attempt to drink them until at least ten years of age, but the modern style is to better manage the tannins, allowing us to enjoy this 2016 wine after just an hour’s decanting.
The Germano family started out back in 1856 as grape growers, selling their prized grapes to local winemakers.  Ettore Germano, the father of current owner Sergio, rebranded the company when they began their own winemaking operations in 1975. Now one of the most respected winemakers in Serralunga D’Alba, they own plots of vines in the sought after Cerretta and Lazzarito sites around the town. A blend of both vineyards is in this fabulous wine. 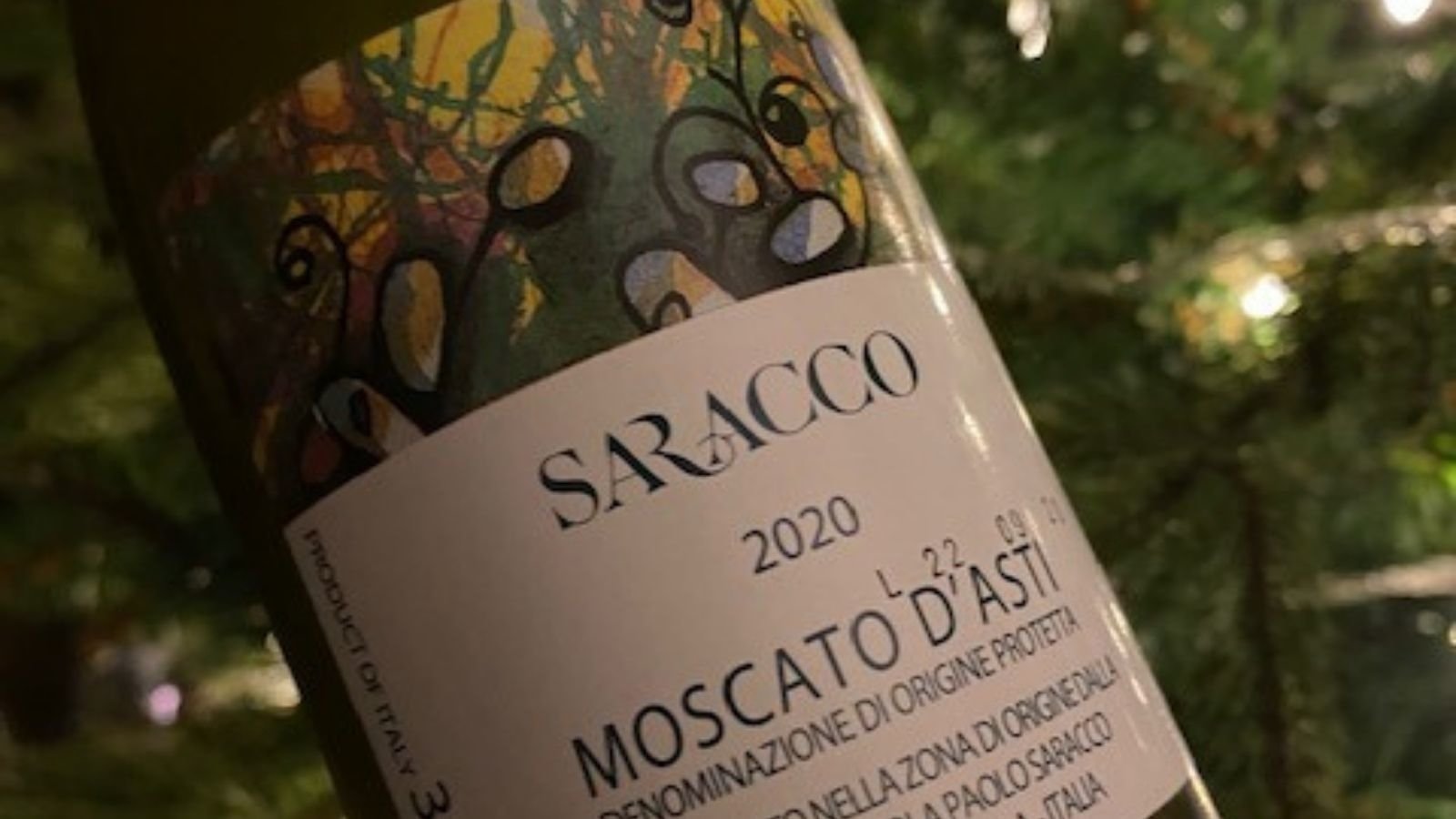 The Saracco family as well began life as grape growers in the 1900s, selling grapes to the local vermouth makers in Piemonte, and then to winemakers in the 1950s as the fame of Moscato D’Asti increased. Current owner and winemaker, Paolo Saracco, began the process of converting the grape farmers into winemakers, the dream of becoming a reality in 1988.
Moscato D’Asti is one of the real no-strings-attached pleasures in the wine world. This wine can be used as a great party drink, as a palate cleanser during meals, or as an accompaniment with afternoon tea and cakes. It’s light and refreshing, it’s sweet and it’s sparkling, and it’s fruity and floral.  It’s simply a fun wine, and Paolo Saracco makes one of the best examples around.

The best aperitif wines for your Aperitivo 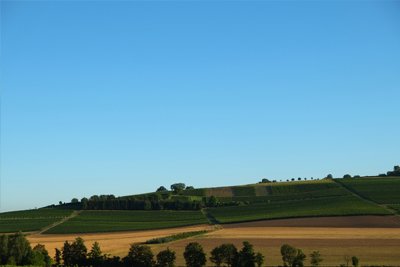 My Italian terroir is rich! 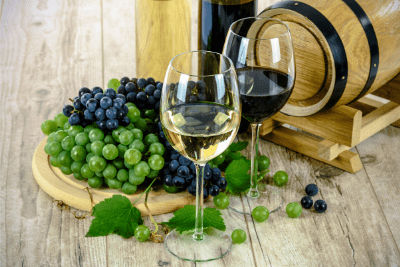